On around 850m above sealevel, we grow our finest daoist teas on Wudang Mounatin, Hubei Province, China. The good climate and special area make our handproduced tea so unique.

The traditional artist and musician Liu Wenzhuo invites you to enter her world of fine art. Besides her paintings and arts , she designs and paints tea-ware, traditional chinese clothing and accessoires.

The authentic chinese tea-house in the middle of nature, far away from the stressfull city. An island of stillness and relaxing tea-art. We provide tea-service and workshops for individuals and groups.

Be the first to get new updates

What others say about us 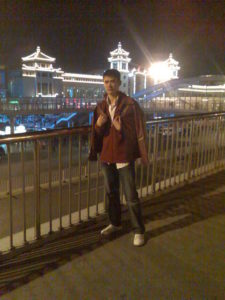 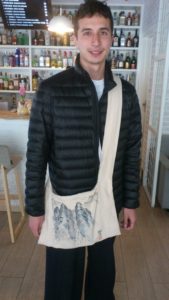 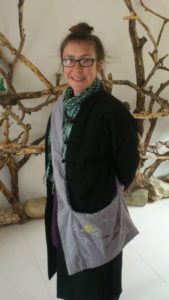 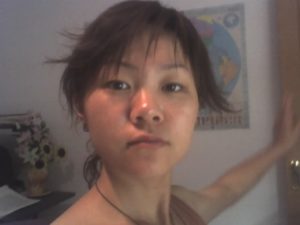 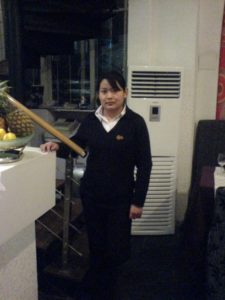 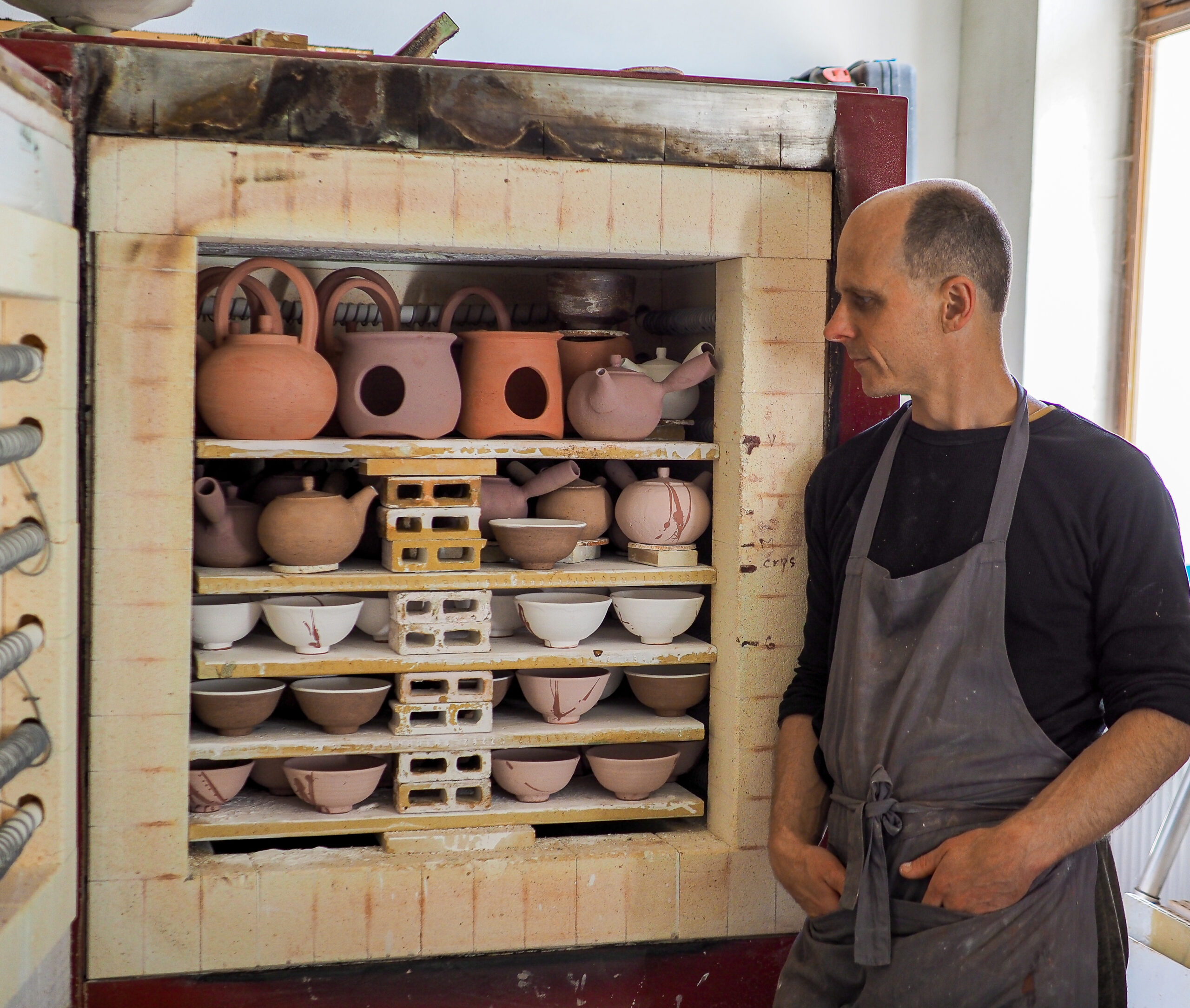 Petr Novák, a Czech, has been making teawares for 20 years. In the strong tea drinking atmosphere of Prague, the capital of the Czech Republic, about 25 years ago, Petr happened to visit a tea house, so he began to like drinking tea, and can socialize while tasting different teas. Through his own researches and visit to the ceramic art rooms, Petr’s tea sets have gradually become famous in Czech Republic and many countries. Out of curiosity about mysterious Asia, he slowly learned Zen and became a Buddhist, focusing on the combination of tea drinking and meditation, and making tea sets that are convenient for meditation.

END_OF_DOCUMENT_TOKEN_TO_BE_REPLACED 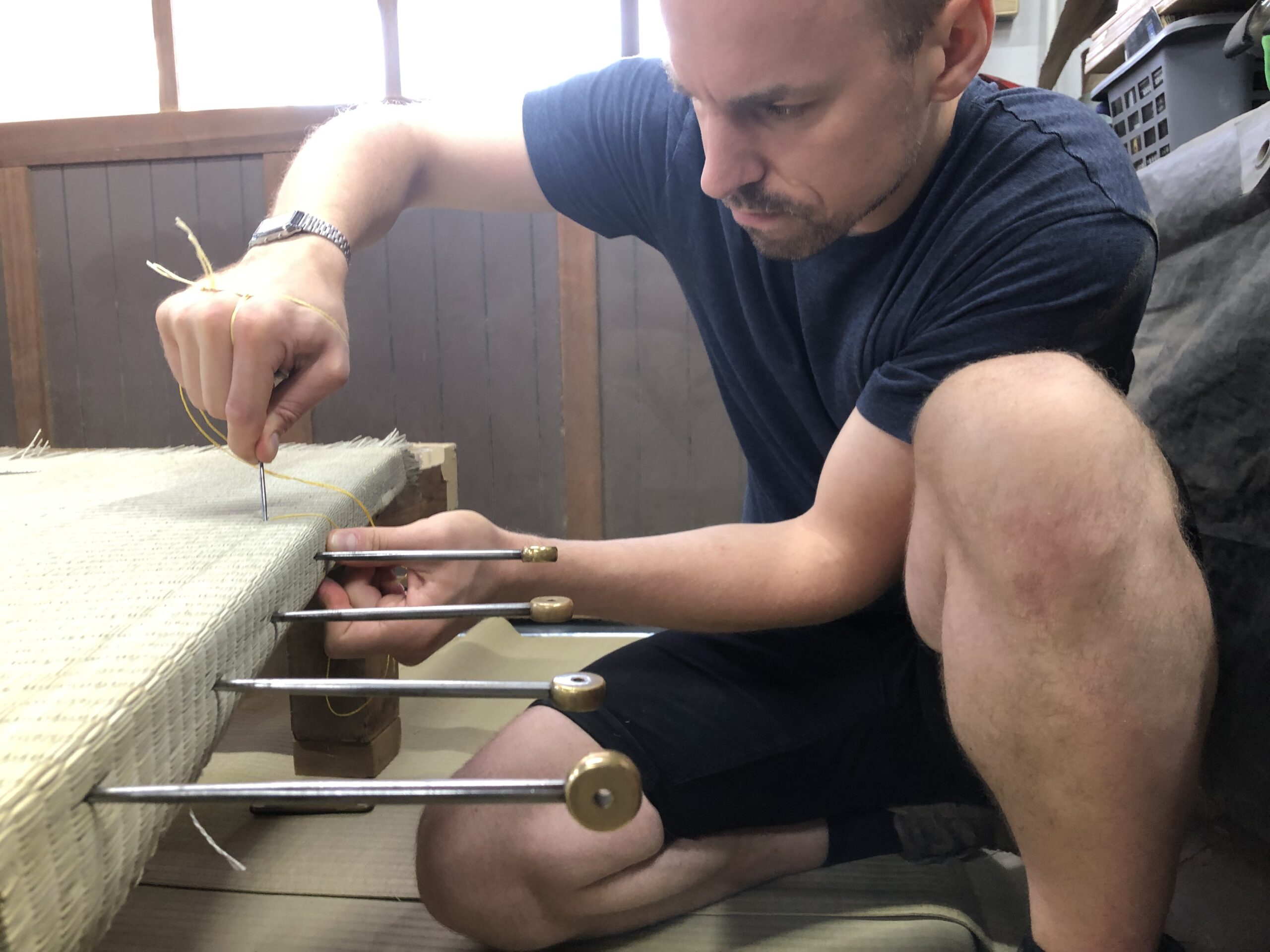 German product designer Maurice Eric Zacher fell in love with drinking tea many years ago. He was familiar with tea sets, and has designed and transformed many tea sets. After studying and working in Japan intermittently for many years, he was not only keen on tasting tea, tea and tea food, but also visited many tea houses and collected tea sets. At the end of 2020, he returned to Germany and began to plant tea trees, now there are hundreds of tea seedlings of different varieties on his big balcony. This spring, he also picked fresh tea leaves and made steamed green tea. In the future, he will launch more design projects related to tea, establish a tea garden in Hesse, Germany, and produce Japanese green tea or Chinese white tea.

END_OF_DOCUMENT_TOKEN_TO_BE_REPLACED 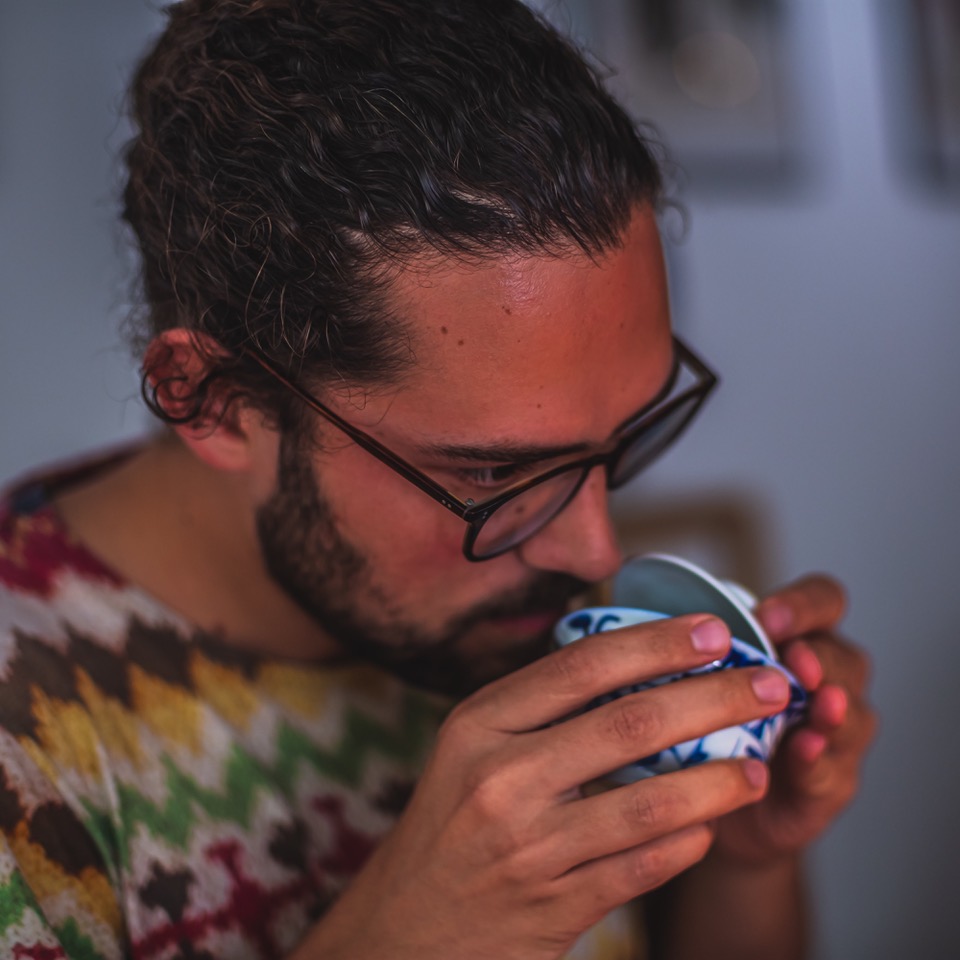 Although Marcel Karcher has seven years of professional experience as a business consultant and financial analyst, because he likes drinking tea, he once had the idea of making tea trade. Finally, he found a more suitable one to make ceramic tea sets, and began to sell his works three years ago. Ordinary people are not particularly picky about the ceramics used to make tableware, but the tea people are different. They brew different kinds of tea and use tea sets with different materials and functions, which have relatively fine requirements for ceramic craftsmen. Marcel felt that Western ceramic artists did not pay attention to the later trimming of the ceramic body after throwing the body, while he liked to make thin body and trim to very details.

END_OF_DOCUMENT_TOKEN_TO_BE_REPLACED 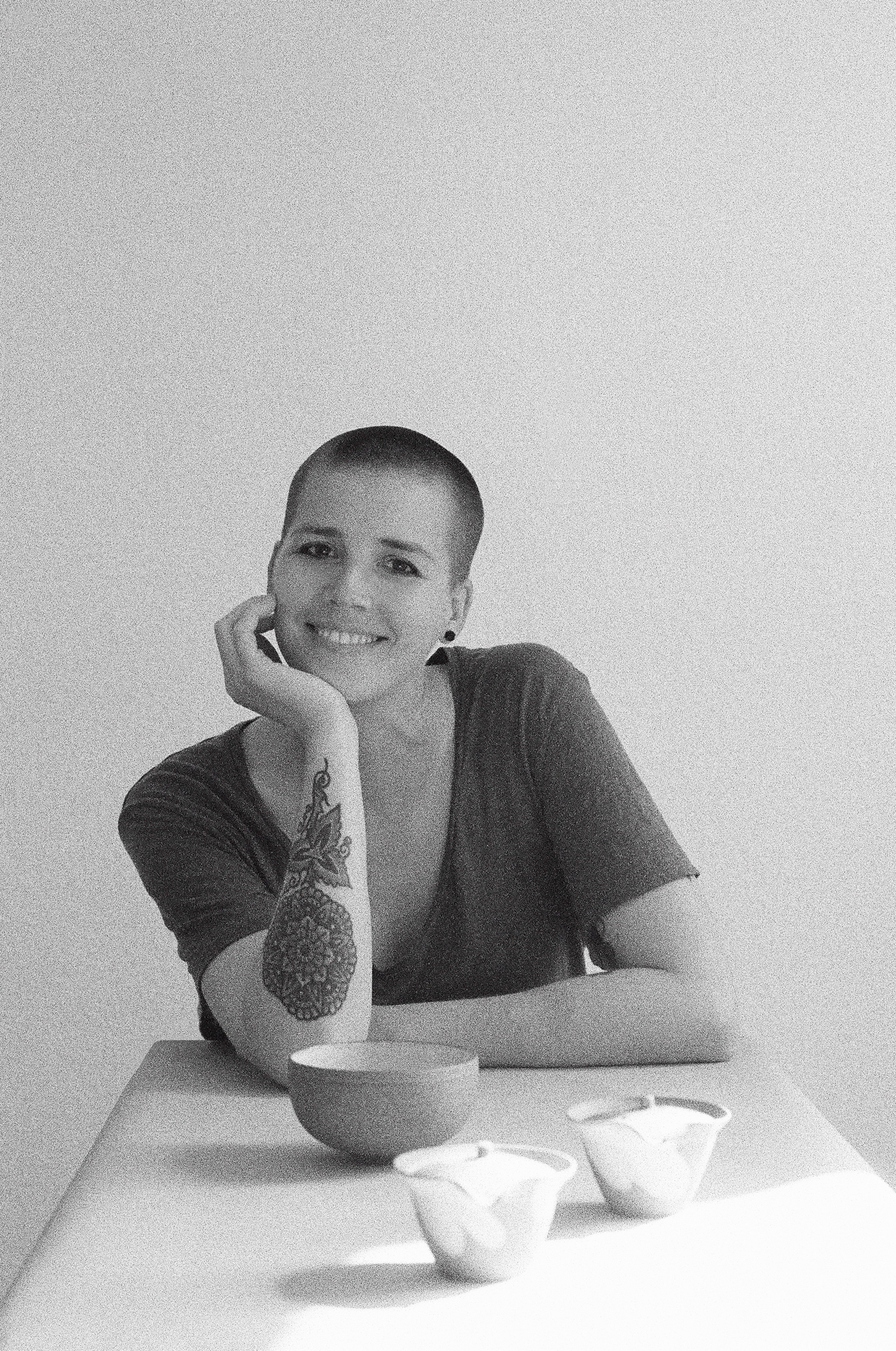 Nowadays, more and more young people are no longer satisfied with the lifestyle of “single career”, but begin to experience a richer and more diversified life through multiple careers. More people define themselves with identities related to hobbies and spare time life, not just positions at work. One can have more than one profession and method of living. Karina Klages would talk about her multiple identities and how tea and ceramic making have influenced her diversified life.

END_OF_DOCUMENT_TOKEN_TO_BE_REPLACED 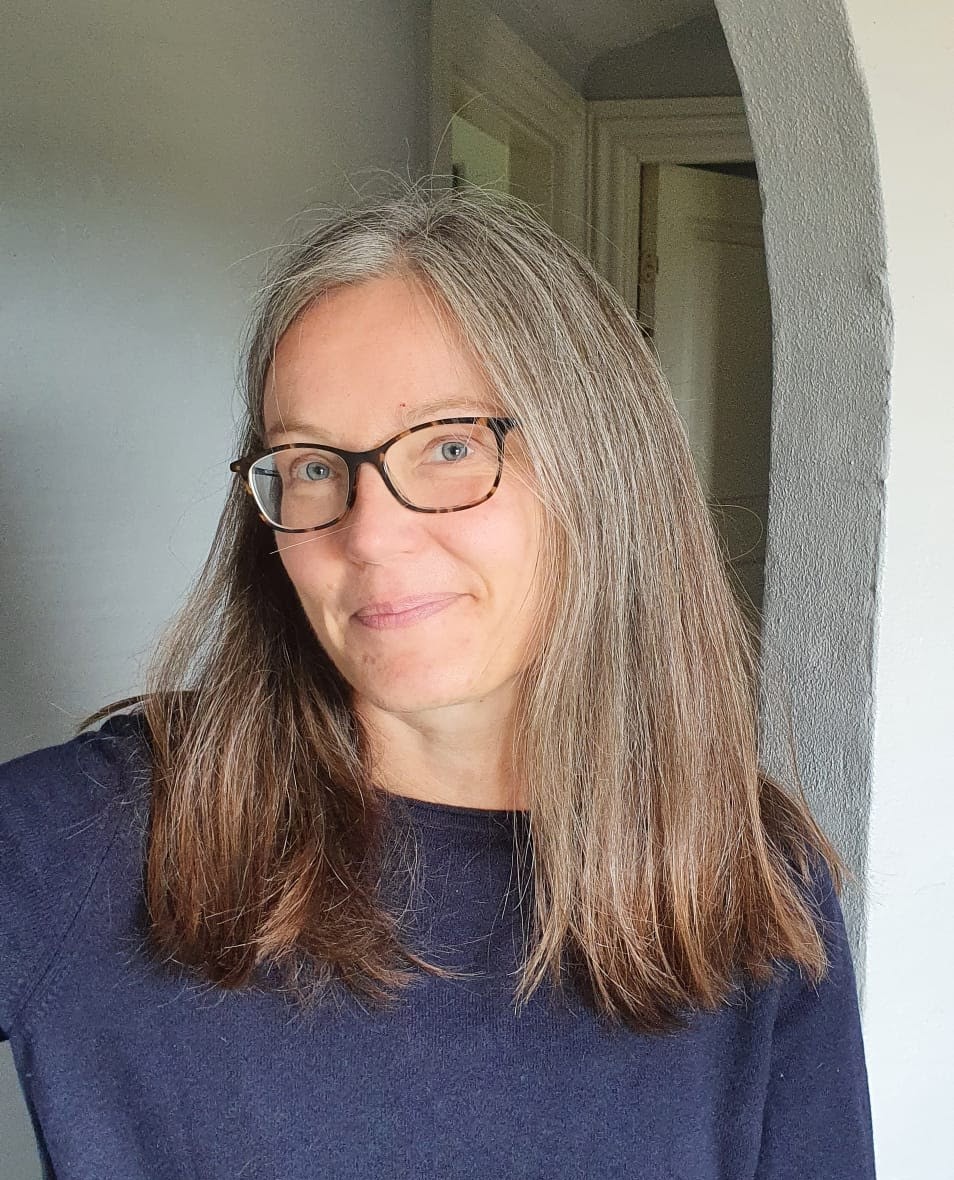 was a graduate student studying Chinese contemporary literature. She was once obsessed with the poetry of Chinese contemporary poets such as Bei Dao and Gu Cheng of the misty poetry school. She studied and lived in Beijing for many years. Coincidentally, when she lived in Taiwan, she turned her hobby of ceramic art into work and successfully turned her appreciation of the beauty of shapeless literature into her love of the beauty of tangible ceramic artifacts. Although Inge now lives in Belgium, her creation is always inspired by Chinese elements, such as traditional Chinese window lattice, ginkgo leaf pattern, celadon, blue and white porcelain and so on.

END_OF_DOCUMENT_TOKEN_TO_BE_REPLACED 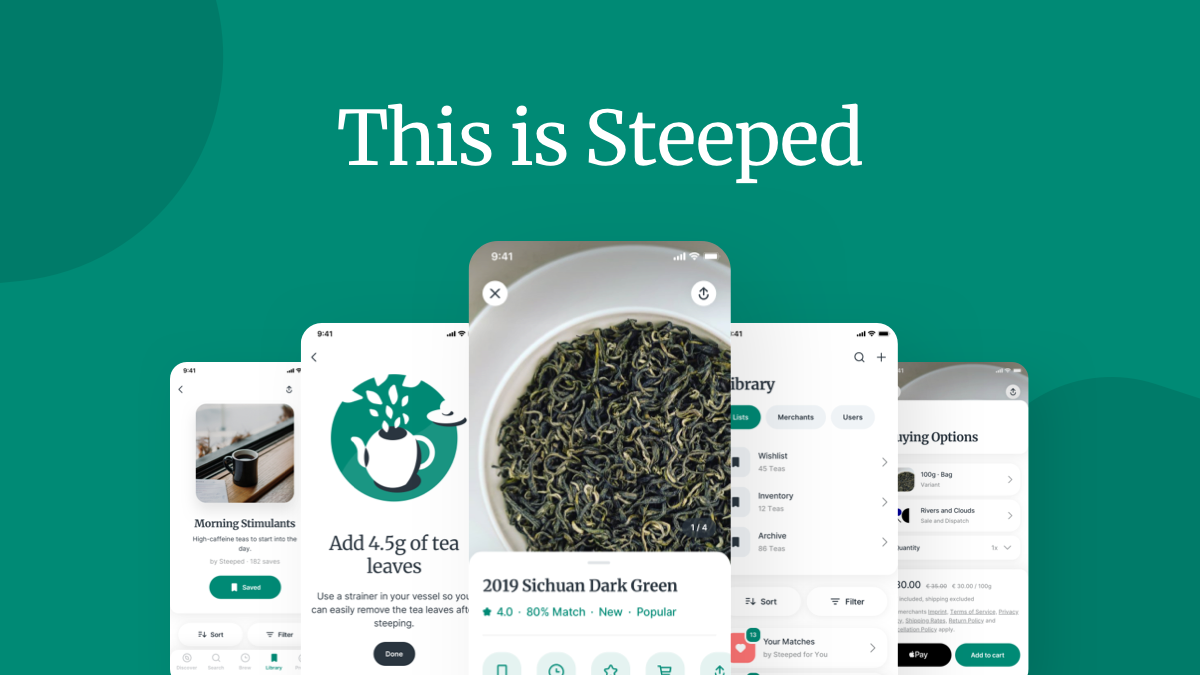 Generation Z was born in the Internet age and seamlessly connected with the Internet information age. How will tea enthusiasts of this generation play with tea digitization? In September 2020, a tea application named Steeped was officially launched. Three German young people in their early twenties wanted to make tea more digital. They developed a tea app together, got a 6-digit Euro investment and registered a private limited company. The tea app can be downloaded for free on the official website of Steeped, the website also provides an online community supporting the app and sells several tea boxes similar to the blind boxes popular in China in recent years. Consumers can’t know the specific tea and tea sets in the box in advance. Steeped’s ingenious attempt to turn selling tea into selling tea entertainment.

END_OF_DOCUMENT_TOKEN_TO_BE_REPLACED 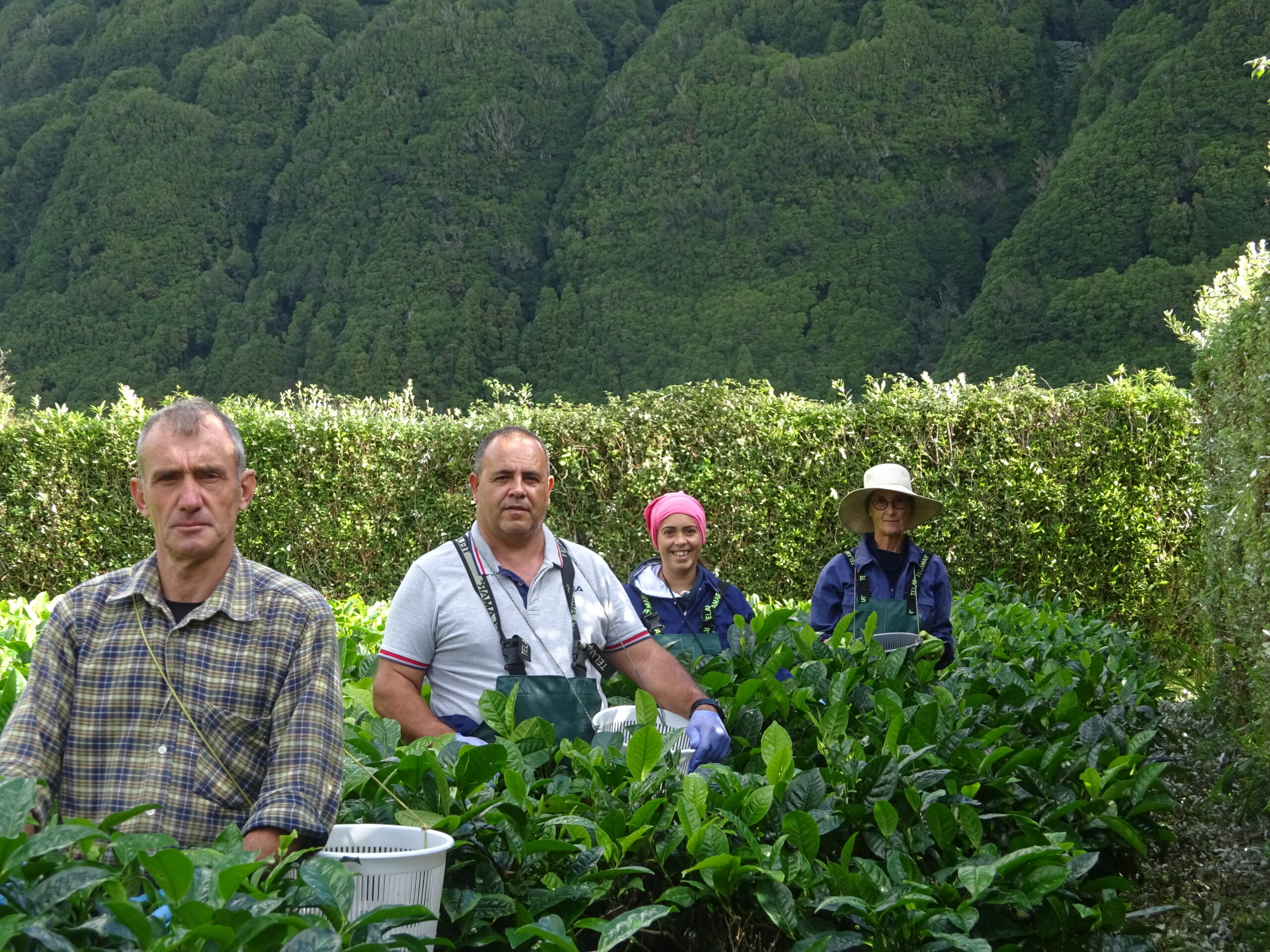 As a decorative plant, tea was introduced to São Miguel island by Jacinto Leite, a native of the Azores in Portugal in 1820. It is the administrative capital of the Azores in the central part of the North Atlantic. Among the tea tree varieties brought to the island, only small leaf tea trees are well adapted to the climate and soil of the island. With the decline of the important pillar orange orchard agricultural industry on the island caused by diseases and insect pests from 1840 to 1875, tobacco, sugar beet, pineapple and tea were included in the experiment as alternative economic industries. In 1878 and 1891, two groups of Chinese tea industry experts were invited to the island to guide tea planting and tea processing, and the tea industry was successfully developed. At the beginning of the 20th century, the island had nearly 50 tea gardens and 10 independent factories exporting tea, which played an important role in the island’s economy. An important part of the island’s economy has been established around the planting, processing and export of tea. At that time, São Miguel island also became the only tea producing area in Europe. However, since the 1960s, the impact of the development of the international tea industry chain on the local tea industry, the shortage of local agricultural labor force, and the local policies to increase milk production have accelerated the decline of the whole tea industry on the island. At present, only two tea gardens with a total area of 25 hectares are still in operation, each with tea factories, mainly producing green tea and black tea. Where will the tea industry of São Miguel Island, which has developed for almost three centuries, and the tea culture derived from it go in the future?

END_OF_DOCUMENT_TOKEN_TO_BE_REPLACED

German Nina Gruntkowski moved to Portugal 15 years ago as a Portuguese journalist of German radio broadcast. In an interview in 2011, Peter Oppliger, who initiated the Swiss tea garden in Ascona, gave her a tea tree. She has always dreamed of making more real and touchable products than radio, so she came up with the idea of planting tea trees. Nina first obtained 200 asexually propagated tea seedlings from Peter and planted them in her garden. In 2013, she transformed an old family vineyard into a tea plantation and cooperated with a Camellia expert. They used tea seeds for sexual reproduction and cuttings of mother trees of different small leaf species found in Portugal for asexual reproduction, and successfully developed 12000 clumps of tea trees on the land covering an area of 1 hectare. After more than 10 years of careful cultivation and management, some tea trees can be picked. They mainly produce steamed green tea, and the output is also increasing year by year. In 2019, 12kg, 2020, 50kg, 2021, in addition to 85kg steamed green tea, Nina also began to try to produce a small amount of Oolong tea.

END_OF_DOCUMENT_TOKEN_TO_BE_REPLACED 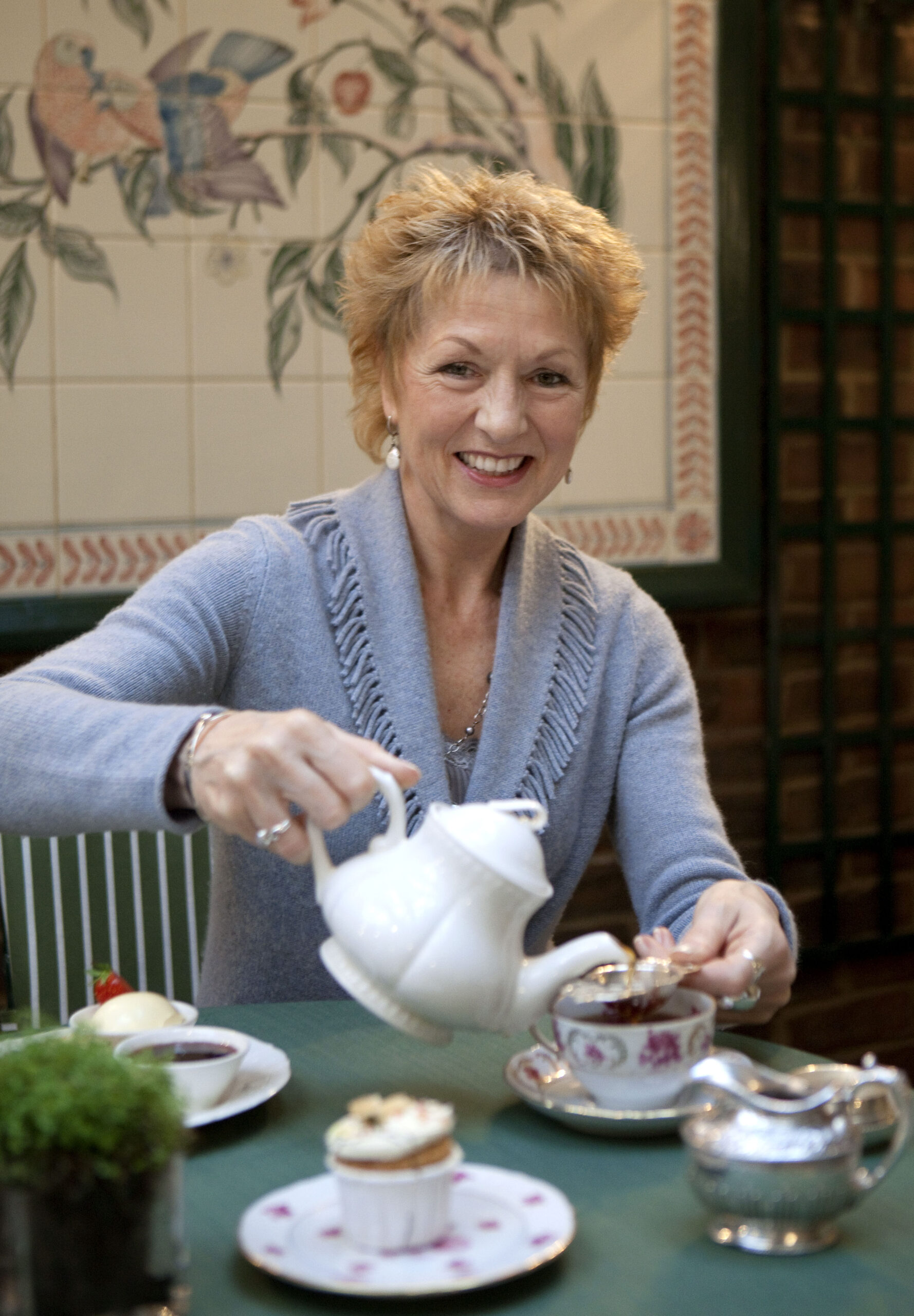 Jane Pettigrew, who has 39 years of experience in tea industry, tea practitioners who are familiar with her and the British tea associations organizations, gradually realised the importance of professional tea training in the food and beverage (service) industry. In 2015, Jane launched her influence in the tea circle for many years to form a team, established the UK Tea Academy (UKTA) with investor funding, and successfully operated in the UK. Since 2017 UKTA has had licenced tutors teaching the UKTA courses in Italy, Spain, South Korea, France and Germany. Soon after the start of COVID-19 in 2020, UKTA adapted its work to online classes, and now teaches students from all over the world.

END_OF_DOCUMENT_TOKEN_TO_BE_REPLACED 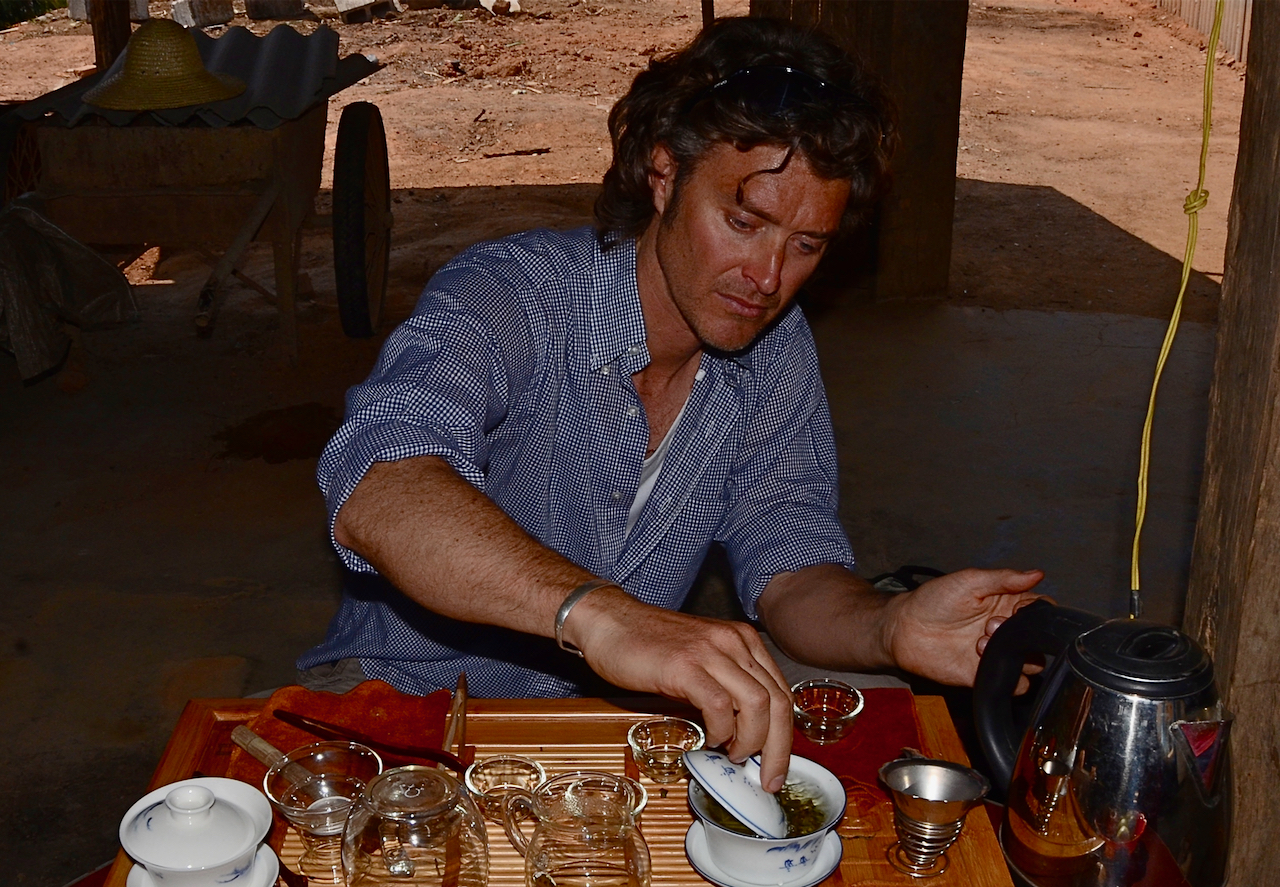 Jeff Fuchs, who has lived in Shangri La, Yunnan for ten years, has 17 years of experience in recording and exploring trade routes in the Himalayas and visiting trade participants. He always takes tea and teapots when traveling. His photographic documentary book <Ancient Tea Horse Road> has recorded that he and his team walked along the ancient tea horse road on the Yunnan Tibet line. Based on his book, the documentary of the same name made by Canadian director Andrew Gregg won the documentary award. Jeff has organized and participated in more than 30 Himalayan expeditions, and he has won many Explorer awards such as recently as one of the “100 greatest explorers in Canada” by the Royal Geographical Society of Canada.